As an Agent/Distributor in Texas, Erich Mazurek Shares his Expertise with Customers and the woodworking industry.

“As a kid, I worked on wood projects in our garage and at my dad’s woodworking facility,” explained Erich Mazurek, President/Owner of Maze Machinery, LLC, Corinth, Texas. “My dad was a professional woodworker his whole life and managed Dallas Woodcraft Industries.” “They manufactured 25,000 to 30,000 picture frames a day.” The facility used Weinig equipment and they became familiar with the company behind the products.

“When I was a senior in High School my father asked me what my plans were after graduation,” explained Mazurek. “I wanted to either join the Navy or complete an apprenticeship program at Weinig – I chose Weinig!”

Mazurek studied German prior to the program and traveled to Germany at 18. He stayed with a couple of families at first during this transition, and spent the next 3 ½ years in the Metal Processing and Engineering Program at Weinig AG.

Once Mazurek had completed the program he stayed another 2 ½ years where he trained people from around the world in the Weinig Training Center. After those six years, Mazurek decided to return to the States to marry the girl (Brooke J Mazurek) he had known from High School and continued to work for Weinig, USA. Today, after 21 years, Mazurek is still married to that same girl and has two great sons he can brag about.

Mazurek worked at Weinig, USA as their Special Applications Sales leader for the next 5 ½ years. He worked with the Agents (independent distributors) throughout the United States focusing on special applications with companies like Anderson Windows, Pella, Bruce Flooring, Sauder, Oshkosh Door, etc. But, like many energetic and aggressive young men Mazurek was looking for faster advancement. This is when he met John Gangone who offered him the position of Business Manager for the Solid Wood Division and Material Handling for SCM GROUP USA. Here he specialized in tenoners and special other solid wood applications. Mazurek was responsible for marketing, importing and re-selling these products through distribution in North America.

The position and the company worked well for him during those four years, 1998 – 2002, but he wanted a business of his own, so he became a Direct Agent for Weinig in Oklahoma and Northern Texas. 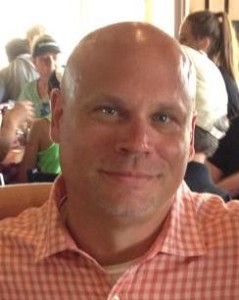 Sales growth in his territory was substantial over the next few years in establishing new customers and maintaining a strong existing customer base. Mazurek concentrated his skills in the moulding and cabinet markets and excelled with the Dimter line, Dimter Optimization and Raimann optimizing rip-saws throughout the territory along with moulder solutions.

In 2009, the economy was feeling the effects of a recession coming on that would have a negative effect on all businesses. Mazurek represented other suppliers and CNC solutions, including CR Onsrud, and was able to find business and sales that others had missed particularly in the non-wood industries applications.

today, he has another sales associate, Gary Coleman, and the two of them are continuing to develop new customers and service the repeat customers who continue to purchase Maze Machinery products and solutions. “The solutions we offer are justified in ROI and have been proven to perform in yield, production and quality for all of our customers,” stated Mazurek.

When asked about his involvement with the WMIA, Mazurek explained that he became involved after meeting John Henderson of John Henderson and Company, Las Vegas, Nevada at a Closet Show in Austin, Texas. “Henderson knew I had been involved in the wood industry for many years and said that I needed to partner with all of the strategies of the WMIA and gain further knowledge from that involvement,” said Mazurek. “Get Involved”

He now sits on the Marketing Committee of the WMIA and stated that he benefits from all of the networking and learns from other people like himself from across North America. “What makes them successful, what problems do they encounter in their businesses, what solutions have they found for their customers that could be useful for mine, and the list goes on,” explained Mazurek.

The WMIA has shown Mazurek that he is not alone in the industry as a small, sole proprietorship company. “My association has given me a sense of strong support, even though there are competitors in the association, everybody in the WMIA wants the well-being of the woodworking industry. They want it to succeed through innovation, technology and quality. I am now a part of this. It has been and will continue to be a great experience for me and my customers in Texas.”